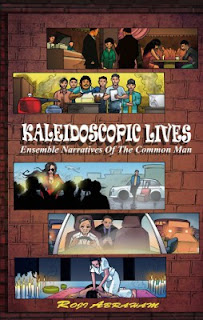 Even the most ordinary person next door carries at least one story within him/her.  Roji Abraham’s debut collection of short stories present some very ordinary people who are embodiments of interesting narratives.  The stories are simple but captivating. They are narrated in a lucid and straightforward style.  Yet most of them convey some subtle nuance of human life in a gentle but teasing manner.

A few of the stories such as ‘Chocolate Uncle’ and ‘Pilla the Thief’ convey some simple lessons about life without being preachy at all.  A few others such as ‘Shahab’ and ‘The Cab Driver’s Story’ inspire and motivate the reader to do something noble in life.  Once again, the author manages to do that without being preachy.  The protagonists of these stories strike the reader as real persons taken from one’s neighbourhood and that’s precisely where the charm of these stories lie.

The collection is not without its due share of crooks either.  ‘The Talented Cook’ presents a cook whose culinary skills are a perfect match for his ability to seduce women.  ‘The Cripple’ is about a fraud, the kind we come across frequently on the streets.  ‘The German Housemate’ and ‘The First Fan’ probe the inevitable mystery of the other as well as of human relationships.  Naiveté that characterises certain souls is dramatised eloquently in ‘Thai Massage’ and ‘Court Witness.’  The final story, ‘Till the Day I Die,’ is a moving tale with an uncharacteristic touch of tragedy and highlights the inevitable ironies of life.


Roji Abraham is a good story teller.  Only good story tellers can weave charming tales out of simple, ordinary characters taken from next door.  Moreover, he makes use of a highly readable style which will endure him to most readers.
at July 24, 2015 6 comments:

Pessimism of the gods

There is a romantic at sleep in my heart who likes to believe that people were better in the good old days. The people I saw as a child we... 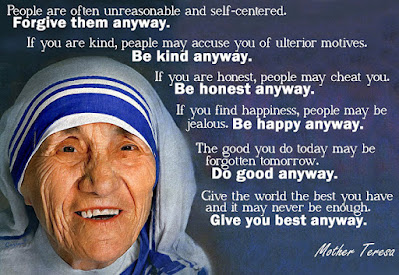