Showing posts from May, 2017
Show all

- May 31, 2017
Scripture In the beginning was a chimpanzee. She gave birth to two daughters.   One daughter followed the rules of the tribe’s game and gave birth to more chimpanzees.   The other one rebelled and gave birth to a creature whom the traditional conservative devout chimpanzees called a monster.   The monster grew up and called himself man. Man. Man was a narcissist as all rebels turned out to be eventually.   Man loved to be worshipped.   So he conquered everything.   Whatever he could.   But he called it everything.   When he killed the creeping reptiles and ate it he thought he was the lord of the universe.   So he created a god in his image and made the creeping serpent the devil.   The devil came in his scriptures to offer an apple to the woman.   The woman had to be subjugated.   She was demanding too much.   Especially with the protruding belly all the time. Man hunted. Woman cooked and delivered.   Delivered real babies.   Man killed, woman produced life.   Life
2 comments
Read more 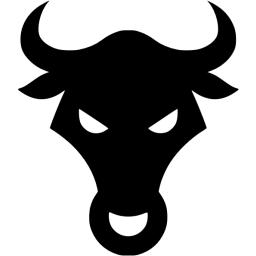 Fiction Velu was stunned.   He had never felt so helpless before.   “Bhagawan!” His misty eyes went up to the sky.   “What will I do now?” The cattle dealer bluntly refused to buy the bull.   That was Velu’s problem.   Velu earned his livelihood by selling the milk from his cows. Like every herder, Velu too prayed for a female calf whenever a cow became pregnant.   Male calves are useless.   They are usually sold away as soon as they can be weaned from the mother. Male calves are a burden.   But Velu had kept this male calf, fed it well and let it grow into a fleshy bull. Now he had to sell it.   He needed the money to get his daughter admitted to college. In fact, he had kept the calf precisely for this: to ensure higher studies for his daughter. Courtesy: iconsdb “The laws have changed,” said Raghav, the cattle dealer.   “The buyer has to keep the bull for at least six months.”   Bulls were meant to be slaughtered, not pampered.   There was a time when bulls w
11 comments
Read more 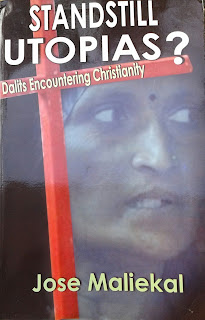 Book Review   C an we really separate the spiritual from the temporal?   Can religion make sense as an entity independent of the believer’s socio-political and economic status?   Jose Maliekal’s book, Standstill Utopias? Dalits Encountering Christianity is an academic exploration into that question with particular reference to the Madiga people in Andhra Pradesh.   The book is an adaptation of the author’s doctrinal thesis and hence is academic in style – which means it contains a lot of academic jargon. If the reader is ready to endure words like hermeneutics, essentialization and epistemological, the book can throw a very rewarding light on what religion really means to the downtrodden and how religions need to adapt themselves in order to become really meaningful for such people. The author carried out a protracted research among the Catholic Madigas of Konaseema in the Godavari Delta of Andhra Pradesh.   The result is a transdisciplinary study which combines
4 comments
Read more
More posts