Showing posts from September, 2013
Show all

Saints and other Absurdities

- September 28, 2013
The Saint is a short story written by Nobel laureate Gabriel Garcia Marquez.  In that story, a man named Margarito Duarte always carries around with him a small coffin with a dead body that never decomposes.  It is the body of his daughter who died at the age of seven because of a fever.  He had to disinter the body because a dam that was going to be constructed required the acquisition of the parish cemetery.  All the parishioners disinterred the tombs of their beloved so that the bones could be buried in a new cemetery.  Margarito found the bones of his wife who had died giving birth to their daughter.  But when he opened the tomb of his daughter he was in for a shock.  his daughter’s body had remained intact eleven years after the burial.  His daughter looked alive with her eyes open and sparkling.  Margarito, who had not studied beyond the primary school, believed what the villagers said: “the incorruptibility of the body was an unequivocal sign of sainthood.”  Even the loca
2 comments
Read more

Keep paying taxes The Seventh Pay Commission has been set up.  How many Indians will benefit?  About 50 lakh central government employees and 30 lakh pensioners.  That is, 80 lakh or 0.80 crore people of a country whose population is 123 crore.  Not even one percent of Indians will benefit by the Pay Commission for which all Indians who buy soaps and tooth pastes will pay the taxes.  Who wants the Pay Commission?  Except those who will vote for the government that will set up the Commission and pay it an enormous amount which is paid from the money got from you and me in the form of taxes of various types? Except  those who will use the Pay Commission as the Archimedean lever to raise their own salaries and thus get rid of those who have no voice? What does the Pay Commission mean to the 123 crore Indians (minus the 0.8 crore)? Inflation and price rise. And more work! Let us get ready to pee according to orders J
6 comments
Read more

Book Review Book                : Prophet of Love Author             : Farrukh Dhondy Publisher         : Harper Collins India, 2013 Pages               : 314 Price                : Rs 299 Religion is an interesting subject of study and it can be studied from many different perspectives such as psychology, sociology, spirituality and literature.   For the vast majority of people none of these perspectives matters apparently.  For the vast majority, religion is an illusion or a placebo that provides the much needed solace during times of turbulence and anguish.  There is a minority who seek and discover genuine spiritual meaning with the help of religion.  There is another group of people who make religion the source of their livelihood. Farrukh Dhondy’s novel is about the last group primarily.  Mr Bhavnani and Ms Shanti are the typical commercial agents of religion.  They know how to sell religion.  They make wealth out of it, and nothing less than fabu
6 comments
Read more

- September 23, 2013
Fiction When Shyamal and Samuel got the axe from their workplace they were not shocked.  Even greater people on the staff were sacked in the name of cost cutting, retrenchment, and other terms which neither Shyamal nor Samuel understood.  All they understood was that many people were losing their jobs.  Even the executives disappeared without a trace though not before putting the blame for the whole situation on America.  Peons like Shyamal and Samuel did not understand what Amreeka was doing in their firm which was in Delhi.  They knew that Amreeka was spending a lot of its wealth creating missiles and bombs which they were raining down on a country called Iraq because that country was alleged to be amassing Weapons of Mass Destruction.    Shyamal and Samuel did not understand the logic behind using deadly weapons openly on a country which is supposedly hiding its weapons.   But they were intelligent enough to understand that life does not follow logic.  Not when countries lik
10 comments
Read more

- September 21, 2013
Fiction Paras is a bundle of paradoxes.  “East is East and West is West, and never the twain shall meet,” he believes firmly, choosing to ignore the fact that it was said by somebody from the West.   Paras believes that the East and the West have their own diametrically opposed civilisations, though he has no qualms about wearing Western dress all the time, the necktie included.  The East is mystical and mythical while the West is rational and scientific, Paras argues.  And the mysticism and mythology of the East are superior to the science and technology of the West.  But Paras would not live without his beloved laptop and the latest version of the mobile phone. Centuries before the Westerner formulated the mathematical identity, infinity minus infinity equals infinity , Indian mysticism had formulated it, argues Paras.  “Look at Brihadaranyka Upanishad, for example.  It says, ‘ Poornamata, poornamitam ...’ That is, infinity here, infinity there; take away infinity fro
18 comments
Read more

- September 19, 2013
Obituary Unfamiliar numbers appearing on my mobile phone screen annoys me.  It was with much irritation that I answered one such call that came last week.  “Mr Matheikal?” enquired the voice which did not at all sound like the usual commercial voices that sought to sell an insurance policy or a stock market account. “Yes,” I mellowed a bit. “Do you recognise this voice?” “Well...” “Forgot me in a few years’ time?” “Mr Bhat?”  I was excited at the sudden recognition. “ Happy that you remember and are also delighted...”  Mr V K Bhat was a colleague of mine at the school where I still teach.  He had to leave the school a few years ago due to health reasons.  He was in his early 50s when his kidneys failed.  His wife’s kidney saved his life.  Until two days back. Mr Bhat is a memory now.  The news rattled me yesterday morning.  Just a week back I had assured him that I would visit him soon.  I couldn’t keep the promise.  He didn’t wait for it.
19 comments
Read more 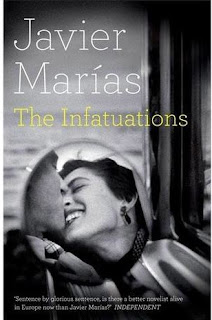 Book Review Author:            Javier Marias Translated from Spanish by: Margaret Jull Costa Publisher:        Hamish Hamilton, 2013 Pages:  346 This is a novel that revolves round a murder mystery, but there is not a single police officer or detective in it.  There is no investigation of the murder because the murderer is an insane person with a motive.  The narrator of the novel, Maria, knows more.  There is a cunning person behind the murderer, and Maria learns soon that “the most powerful and most cunning of people never dirty their own hands or their own tongue.”  They know how to do the dirty deeds by using other people as instruments.  The novel is about such people.  The novel is about the prevalence of evil in human life.  Right from the beginning of the human civilisation we find the same kind of crimes repeated endlessly, ad nauseam.  “The worst thing is that so many disparate individuals in every age and every country – each on his own account and at
22 comments
Read more

- September 15, 2013
“Guro,” called out Maveli.  Maveli is the asura hypocorism for the deva name Mahabali.  Kerala is advertised by the Tourism Department as “God’s Own Country.”  But the people of Kerala love asura hypocorisms.  You can’t blame the people, really.  Like their favourite King, Maveli, quite many of them have been expatriated.  Those who are not expatriated geographically (or literally, if you wish) adopt expatriation by intoxication.  And expatriates love nostalgic hypocorisms. Kerala is the land of expatriates.  Pravasi is the most favourite word in the state.  Every pravasi is supposed to be living in bliss.   If there is any Malayali pravasi who is not living in such blissful condition, Benyamin or Mukundan will write Aadujeevitham or Pravasam in honour of the hapless pravasi’s nostalgia for God’s Own Country which is actually Maveli’s Own Country.  And Maveli was an asura, a demon. “ Prabho , My Lord,” came Maveli’s Guru, Sukracharya hearing Maveli’s call.
24 comments
Read more

- September 14, 2013
Introductory Note : According to the Bible, Jesus raised Lazarus from death.  What follows is mere fiction inspired by a friend’s questioning me on love.  Fiction “You’ve taken away my death, you’ve appropriated it,” Lazarus tried hard to suppress his anger. “I gave you life,” said Jesus calmly, “new life.” “You had no right to do it,” Lazarus was almost contemptuous.  “Look at me, Jesus, look into my eyes.  You had no right to bring me back from death.  Do you realise the gravity of what you’ve done?  You’ve destroyed the peace that I had found in death.  I can forgive you for that.  But you’ve upset the whole world of my sisters.  They were getting used to my death.  They were learning to accept it as an inevitable fact of life.  Do you know how absurd it is for anyone to live with someone who has come back from death?  What am I now to them?  A ghost?  They want to ask me what it is like there – beyond death.  They don’t ask because they are sensitive enough.
18 comments
Read more

A Teacher and the Hangman’s Noose

- September 12, 2013
Fiction “You’re under arrest,” said the visitor who was in the police uniform. The sun had just risen above the horizon far, far away, beyond the concrete jungle of the city.  Sunita was ready to go to her school where she was a teacher in the upper primary section.  The school would begin at 7.30 and she had to start from home at 6 am from home.  If she was late by a minute the attendance register would automatically mark her absent.   That was just one of the many miracles which the computer technology could perform in her school. “Arrest!?”  Sunita was both amused and surprised.  What crime had she committed?  She had slapped a boy on his back yesterday because he had fallen asleep in the class while an interesting activity was going on.  “Interesting”, according to the lesson plan given to her by the textbook prescribed by the school and produced by experts.   Physical punishment is an offence which can send a teacher to the jail.  But she had only patted the boy
22 comments
Read more 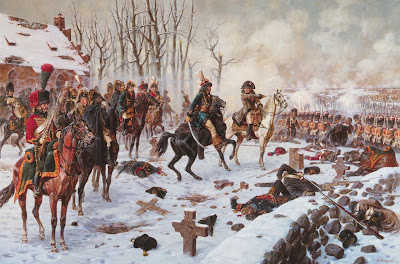 Historical Fiction I will soon be thrown into the mass grave along with the naked corpses of the other soldiers.  I am Colonel Chabert, not just an ordinary soldier, Colonel Chabert who led a whole regiment of soldiers to many a victory for none other than Napoleon himself.  I have been famous when the blood still ran in my veins reddening my cheeks with the zest for conquests.  But now I am no more than a body going to be thrown into a mass grave with very ordinary bodies.  The Battle of Eylau Death makes you a mere body.  All bodies are equal and ordinary.  What makes you different is life, your life.  My last battle was the toughest.  The Battle of Eylau.  Our brave French soldiers met the equally brave Russian soldiers in the most inclement of weathers in Arctic conditions.  The fatal wound I received runs from the nape of my neck to just above my right eye.  You can still see it.  My blood stopped running through my veins.  There was little blood left for the vei
27 comments
Read more
More posts