Showing posts from December, 2012
Show all

Educate not to Rape

- December 29, 2012
So many experts have spoken so much about the most controversial rape in India.  I read quite much.  I viewed equally much on the television. My heart weeps for the woman whose dreams have been buried even before she started seeing them clearly. But why did it all have to be this way? I’m a teacher and I’d place the blame squarely on two entities: the parents and the schools. The parents want their children to outshine everyone else.  Compete.  Defeat .  That’s the mantra given by parents to their children.  Life is about competing with other students and defeating them.  If not in academic results, at least in sports, games, acting, singing, dancing… somewhere.  If not in any of those, defeat physically.  Win somehow, anyhow.  Use hook or crook or hit below the belt. The schools too want to publicise their performance.  On Honour Boards.  Performance matters.  And only performance matters.  Values and principles are no concern of anyone.  The teacher will be q
21 comments
Read more

- December 28, 2012
A friend mailed a copy of a report about how an American court of justice endorsed the firing of a female assistant simply because her feminine charms were perceived as a threat to the family life of her male boss. The court didn’t see the firing as an instance of gender discrimination but as motivated by “feelings and emotions.”  The boss and his wife thought that the female assistant’s attractiveness was a threat to their family life as their feelings and emotions were swayed by the employee’s physical attractiveness. This is funny indeed.  If we go by this logic, it would be quite impossible for women to be attractive and hold on to their jobs at the same time.   Extend the logic a little further.  Can a boss fire any employee (of any gender) for disturbing his/her “feelings and emotions”?  Can a boss fire an employee on account of jealousy, for instance? The seven judges who passed the above judgment were all male.  Their argument is not any different from th
6 comments
Read more

- December 27, 2012
A stupid  post - I mean, personal post.  I too want to live yaar. You come claiming to be an expert and hammer another nail in my coffin and you go to send me an email to say that we will talk in the network I don't believe in networks any more than in religions . Didn't networks ruin me enough? I want to live my life. Give me a life. Can you, expert? Can you, my manager? Can you, my RETIRING principal? No, I don't want any help. Just leave me alone. I will make my life. Leave me alone, can you? Alone from your extorting religion? From your EXPERTISE? From your own greed? Which you think is religion? Note: This is a purely personal post.  Wicked post.
6 comments
Read more

Bring Up the Bodies 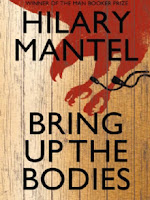 One of the many ballads that were made in the pubs of England during Henry VIII’s reign named the King Littleprick, according to Hilary Mantel’s latest [2012] Man Booker Prize-winning novel, Bring Up the Bodies .  There are many places in the novel where Henry’s sexual potency or the size of his genital organ is called into question.  In a way, the novel is about the King’s lack of “skill” and “vigour” in copulation.  Is it some psychological complex about his sexual skills or the size of his penis that drove Henry to marry six times?  Well, Anne Boleyn was his second wife, and the present novel tells the story of the King’s and many other men’s affairs with her.  Maybe, in the next volume of the series, Mantel will explore this theme further.  Maybe not.  Mantel’s real interests lie in Thomas Cromwell who is the indirect narrator of both the first two volumes and promises to continue that job in the next one too.  Wolf Hall , the first volume in the series, ends with Henry
2 comments
Read more

- December 23, 2012
The Buddha, Jesus and Mahatma Gandhi are three persons whom I found myself admiring as I grew older though not proportionately wiser.  I don’t share their great qualities, feeble as I am.  In fact, I may find myself towards the middle of the spectrum if we construct such a continuum of human qualities and personality traits as the one envisaged by philosopher Spinoza.  Is what another philosopher, Nietzsche, said of himself true for me too: “What I am not, that for me is God and virtue” [in Thus Spoke Zarathustra ]? If I apply Spinoza’s classification, these three luminaries whom I have grown to admire belong to the category of people who regarded love as the primary virtue, considered all people to be equally precious, and resisted evil by returning good.  Spinoza argued that people like Jesus and Buddha constructed an ethical system that stressed feminine virtues.  At the other end of that spectrum are people like Machiavelli and Nietzsche [and most administrators I’ve b
12 comments
Read more

- December 22, 2012
I’m getting increasingly convinced that Delhi can only rape.  Ms Sheila Dikshit can shed crocodile tears on the umpteen TV channels to which she condescended to give interviews after the most recent and most publicised gang rape.  I watched her on Times Now, NDTV, and CNN.  She might have given interviews to many other channels too.  She looked like a wax statue that one sees at madametussauds .  That look may be a  gift of current international politics, I grant.   Buy and Sell kind of international politics.  Use and Throw kind of politics. This Buy and Sell+ Use and Throw is what I learnt about as I was on a routine duty today.  I cannot mention the duty and the place as well as the people involved because of the oath of secrecy that even a stupid school teacher has to take these days. The duty brought a Delhi policeman face to face with me.  As we waited wasting our time as demanded by our duties [his as a policeman and mine as a school teacher], he asked me what
13 comments
Read more

- December 17, 2012
Finally Ms Sheila Dikshit has spoken the truth: the government exists for the rich; the poor will only get alms.  She has fixed the amount at Rs4 per day per person.  Rs600 will be enough to meet the food requirements of a family of 5 persons, according to didi.  They can buy daal, rice and wheat in that amount.   Her party is annoyed with her for speaking the truth about the government’s intentions. We should be grateful to didi for giving us an indication of things to come. In the neoliberal system which India has accepted lock, stock and barrel, the real rulers are the capitalists.  The government exists only for the sake of formulating policies which will enable the capitalists to take over the resources of the country at minimum rates. The Economic Survey 2009-10 stated without mincing words that “prices are best left to the market.” There will be no welfare government anymore.  No welfare schemes, no subsidies, no Public Distributions Systems.  Instead the gov
9 comments
Read more

Save me from gods 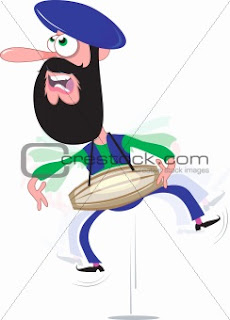 In the year 1257, an elephant died in the Tower menagerie and was buried in a pit near the chapel.  But the following year he was dug up and his remains sent to Westminster Abbey.  Now, what did they want at Westminster Abbey, with the remains of an elephant?  If not to carve a ton of relics out of him, and make his animal bones into the bones of saints? The above quote is taken from Hilary Mantel’s latest Man Booker Prize-winning novel, Bring Up the Bodies (page 69, Fourth Estate, London, 2012). Mantel’s novel, which I’m still reading, thrusts before us a lot of questions without ever making it look like thrusting.  I like such novels.  Novels that tickle us into thinking, gently, slowly – quite unlike the fist-wielding street hooligans’ (ab- surd ) ways.  I ordered this novel even before it was published in India because I knew it wouldn’t disappoint me. I have lived for over 5 decades with people who claim to be religious, people who pretend to be good .  The p
20 comments
Read more 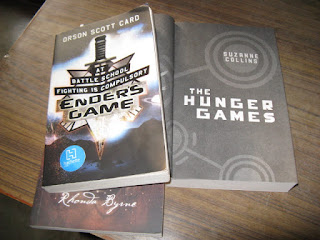 Ender’s Game by Orson Scott Card and The Hunger Games by Suzanne Collins are two books that I read last.  While the first was sent by a friend who wanted me to read it for reasons that have not been revealed to me yet, the second came as a complimentary copy from the parents of a student.  Coincidentally both are about a world that’s quite different from the one we are used to seeing in regular literature. Both the novels have children as characters.  Both are about the game of war, so to say. Ender’s Game tells the story of a battle school where children as young as six are enlisted and trained to fight an ominous war with an ingenious and dreadful alien force.  Ender (a corruption of Andrew) is one such six year-old boy who is seen by his trainers as the saviour of our planet.  Ender wins games by circumventing rules.  His determination to win at any cost and the brilliance of his intelligence are what will lead mankind to success in the war against the aliens.
14 comments
Read more
More posts