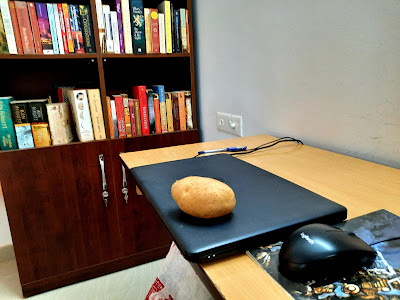 Potato enlightened me once. I had, on the previous day, attended a lecture on meditation in which the speaker suggested to his audience to use a candle as an aid to concentration. “Keep your eyes on the candle flame,” he said. “Let the flame flicker. Your gaze shouldn’t flicker. Keep looking at the flame. Keep looking. Focus. Now there is nothing else in front of you but the flame. Just the flame. You don’t exist now. Not even your mind. You vanish. Your mind vanishes. Into nothingness. That state of egolessness is the ideal goal of meditation.”

I was sceptical because I had already spent hours earlier trying to achieve that state of egolessness. The best I achieved was a deep sleep. Even now at the age of 61, I find myself burdened with an ego that could not be incinerated by any furnace, let alone a candle flame. I can only envy those who claim to have extinguished their egos. Back then, after that lecture on meditation, while cooking my dinner in the tiny kitchen of a rented house in Shillong, with a peg or two of whisky tickling my neurones, I said to myself: “Why a candle flame? Even a potato can help one to focus, can’t it?”

Potato was (and still is) one of my favourite food items. It is so versatile. You can add it to almost anything. Potato and carrots. Potato and peas. Potato and French beans. I would add potato to beef too. [By the way, I quit beef the day I left Shillong where it was a staple food, not in order to be in sync with the emerging nationalist fad but because I lived in Delhi where the stuff was not available first of all and when I did get it during my occasional trips to Kerala I realised that the delicate vegetarian diets in Delhi had made my teeth grow too feeble for beef. I’d prefer muttar-paneer with a tweak of potato chunks at any time to beef.]

So there in the wooden cottage in Shillong which resembled a hermitage, I became a mystic with a shapely potato perched on my study table like a holy figurine. I focused my gaze on the potato. I kept staring at it for minutes and minutes yearning for me, my ego, to melt away. The potato filled my mind. It grew in stature into a kind of demigod. Eventually it enlightened me by teaching me that my attempt to escape from my ego was nothing more than wishful thinking.

The potato rose in eminence in my mind after that. I became fonder of it. Not a meal passed without the presence of potato in one form or another. Even today, years after those youthful days of experiments and adventures, the potato occupies a venerable place in my cuisine though Maggie is not very pleased with it.

However, my patriotic sentiments are hurt by the information that potato is not Indian by origin. Wikipedia tells me that India was introduced to potato by the Portuguese who called it ‘Batata’. For that matter, a lot of food items that are staple diets today are not Indian by origin. When will they get arrested for illegal residence in the country? Maybe, I should rewrite the history of the potato so that my patriotism remains intact.

PS. Written for Indispire Edition 373: Potato and you. Write an essay. As many words as you please. The genre you choose. Potato must be the hero. #Potato 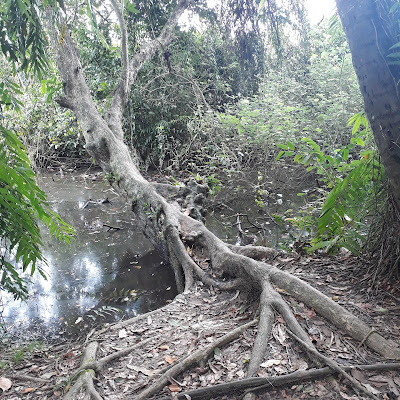