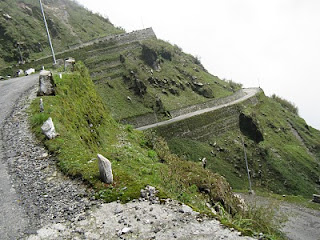 The road to Kupup - with its 32 hairpin bends which our co-driver was keen on counting at every bend.
Tourism is the chief, perhaps the only, industry in Sikkim. 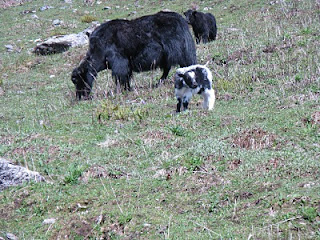 A yak with its calf. Our driver was very keen that we shoot the calf. "Shaitan [satan - mischief incarnate]" he said, "that's what the calf is." 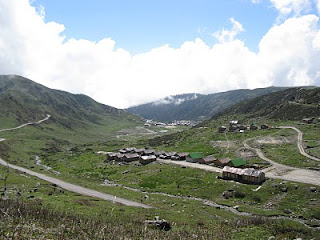 The hamlet of people living at an altitude of 16000 feet from sea level.
Is ordinary Indian life any worse than life in the Indian Army?
If you see the Indian Army's quarters in Kupup you'll think it's better to join the Army.
Indeed, that's whay the Indian Army has a huge human strength. 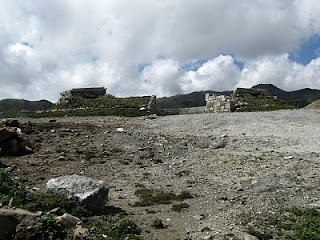 The bunkers on the frontier.
This frontier right now is accesible for tourism.
If China attacks India, it may be a different story.
army bunker indo-china border kupup yak