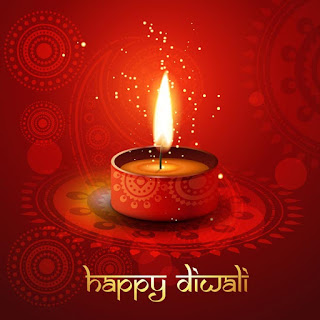 Diwali is a festival that is sustained by multiple legends.  The people of Ayodhya lined up with lamps in their hands to welcome back Rama and Sita who had destroyed the evil named Ravana.  The return of the Pandavas after their exile used to add sheen to the Diwali diyas.  Krishna’s victory over Narakasura is commemorated in certain parts of India during Diwali.  The emergence of Lakshmi from the cosmic ocean which was churned by both the gods and the demons may shine in some of the Diwali lights.

The bulk of the universe consists of dark matter.  The 100 billion galaxies each of which may have about 100 billion stars have not dispelled much of the darkness.  Is darkness the essence of the universe?  Is light a diversion granted to the cosmos like the fireflies that come and go in the wildernesses?

If light was more abundant than darkness, perhaps Diwali would not have been celebrated.  Diwali is a reminder about the preponderance of darkness.  About the need to light up lamps.

India is now passing through a period when both the light of Diwali and the plurality of its sustaining legends seem to matter more than ever.  When darkness threatens to overpower, Rama, Krishna and the Pandavas have to equip themselves with their lights.  Let their lights shine.  May Diwali become a meaningful festival that transcends the sound and fury of the fireworks.

Wish you a HAPPY DIWALI.

- December 04, 2021
Assessment is both an art and a technique. India's largest school education board, CBSE, has made a mockery of assessment this time with the first terminal examinations of classes 10 and 12. The pandemic forced upon all of us certain changes. CBSE changed its assessment methods by making them all objective type multiple choice questions. Well, circumstances demand certain changes and we won't grumble about that. But how can a mammoth educational board create downrightly ridiculous questions? Doesn't the Board have people with sufficient expertise to prepare effective assessment strategies and methods? As an English teacher, I find the English question paper given to my students yesterday pathetically ineffective particularly in the Writing section. Let me provide a few examples.  Question 20 is about the qualifications required for a receptionist. There are 4 options and 2 of them are: (a) personality, age, experience and (b) age, qualification, experience. Now, which is
Read more