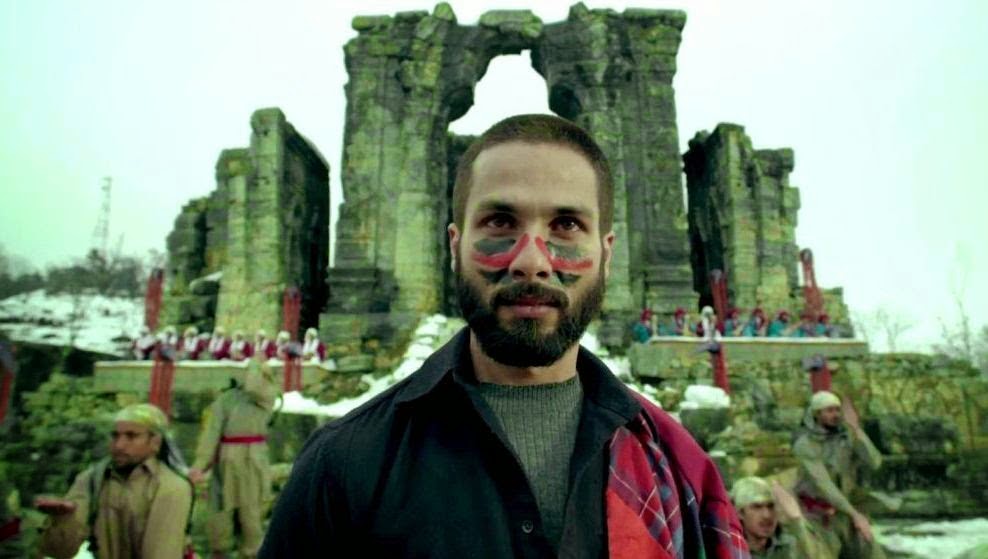 Vishal Bhardwaj has given us a monumental movie.  Haider keeps the audience glued to their seats from the beginning to the end.  Though the story is adapted from Shakespeare’s Hamlet, it takes on a fresh life of its own drawing its vitality from the complex situation that existed in Kashmir in the 1990s when militancy snowballed rending the whole social fabric of the state.  The Pandits were forced to flee in large numbers.  The Indian armed forces became a ubiquitous phantom amidst the dark shadows that hovered over the earthly paradise. In the movie, however, the armed forces appear briefly only.

Shahid Kapoor mesmerises us with his enactment of the young idealistic poet’s dilemma as he is torn between his romantic idealism and the horrible reality that unfolds before his very eyes.  Terrorism and the evils it spawns are sidelined by the betrayal of the young poet’s dreams about love and relationships.  Is his mother guilty of marital infidelity?  Is his paternal uncle a villain?  Does his own beloved girl turn a traitor on him? How much does he understand?  How much lies beyond his understanding?

The movie has not let down the genius of Shakespeare.  There are breathtaking moments of drama and poetry, subtle philosophy and stunning dark humour.  Like a mesmerising piece of undulating symphony, the movie grows in our psyche shaking it out of complacence of all sorts.  It makes us think profoundly.  It makes us feel deeply.  It moves to a climax quite different from what Shakespeare gave to his play.  It leaves us mesmerised.

Some truths can be very simple.  But most truths of human life become complex because of the motives attached to them by human beings.  For the armed forces, truths are as simple as ‘the person on the other side of the border is an enemy’ or ‘every terrorist is a threat to the nation’s integrity.’  Such truths belong to a rigidly systemic way of perceiving reality.  That’s why the role of the Forces in the movie is limited. Even the truths of terrorists belong to that category.  But a poet or a philosopher may have more complex truths when he asks a terrorist, “Are you a Sunni or a Shia?”  Truths become still more complex when genuine love and idealism underlie human quests.  Even the skull dug out of a graveyard can mock us on such occasions.  The graveyard can produce soul-stirring music, surrealistic though the music and the scene may be.  A touch of surrealism is inevitable in a movie like Haider.