Indian Women and their Leaders

Mythologies of various civilisations present tales of kingdoms that became sterile because of the wickedness of their kings.  Kings or Political Leaders play a vital role in moulding the moral values and principles of their citizens.  No nation can be greater than its leader. Look at what some of our leaders have said about women.  You will then understand why women in India can never feel safe, why crimes against them are sure to rise. 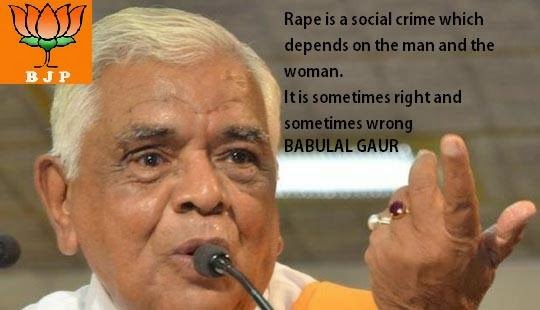 Babulal Gaur is an 85 year-old BJP minister in Madhya Pradesh. Age has not made him wise in any way.  When can rape ever be right?  The people who voted for him deserve an answer.  Do ask. On this Women's Day. 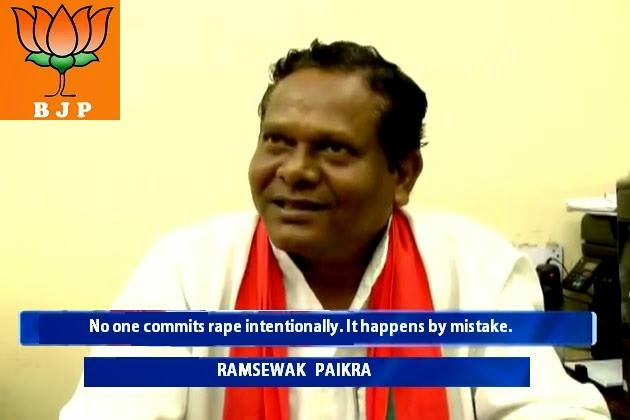 The Home Minister of Chhattisgarh, BJP's Ramsewak Paikra, thinks that rapes are accidental rather than intentional.  How many mistakes is he willing to tolerate or condone?  Do ask. On this Women's Day. 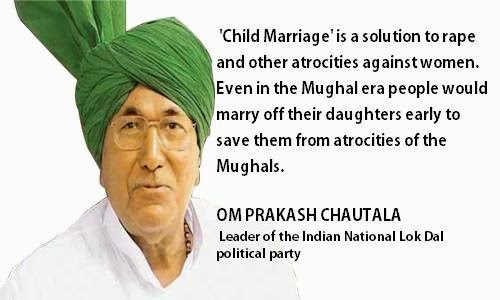 Here is a solution from Haryana, a state where women are treated like goods and chattels.  When it suits these people they don't hesitate to seek examples even from the Mughals.  The question, however, is who are the contemporary Mughals?  Do ask. On this Women's Day. 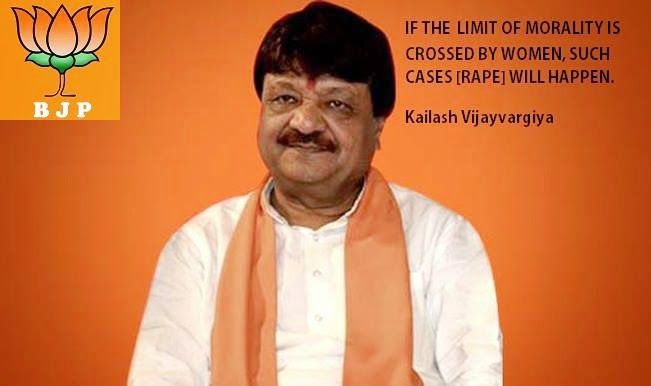 That's a classical argument once again from the Party that upholds India's culture and civilisation.  What is morality, Mr BJP?  Is it wearing the burka as O P Chautala might suggest drawing expedient inspiration from the Mughal era?  Raping women who wear the dress of their choice and convenience is not immoral for this leader.  How many more Women's Days are required to kick such leaders out of the power given to them by the people? 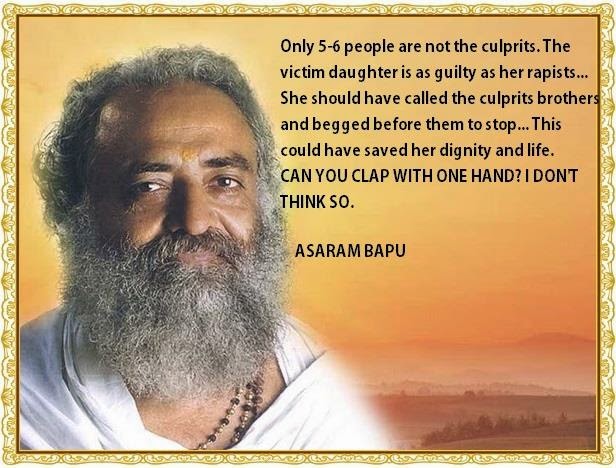 It's not only politicians but also our religious gurus, the custodians of our spirituality (let alone morality), who put the blame for rapes on the victims.  Is he any better than Mukesh Rapist who is also in the prison?  Do we need such gurus?  Do ask.  On this Women's Day. 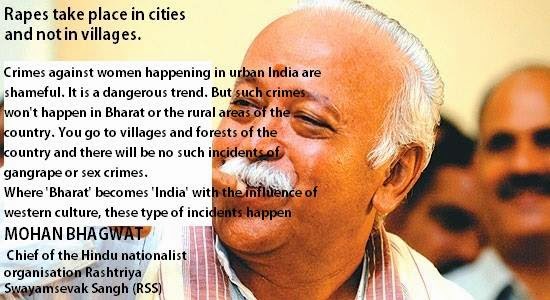 The ultimate paradox of BJP.  The RSS chief is asking us to return to the villages when his political party in the persona of Mr Narendra Modi is asking us to give away our rural lands free to his cronies so that cities and industries can be developed.  Will these leaders come to an agreement on this, please?  Do answer.  On this Women's Day. 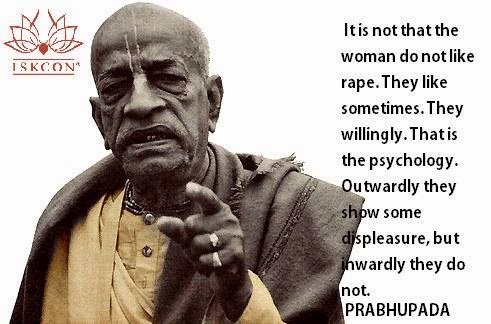 The founder of ISKCON, an organisation that has more wealth in non-Hindu countries than in India, viewed rape as the gratification of a sense of itching that women too feel just like men. "After all, sex - rape or no rape - they will feel some pleasure," said the Godman.  Do you say Amen to that?  If not, question.  On this Women's Day.  And on any day.

Can we stop glorifying people of this sort and follow our own rational faculties?  Can we abandon these leaders and their gods and godmen?  Our future will depend on our answers to these questions.  At least the safety of our women will.

Acknowledgement: All images above are taken from http://www.scoopwhoop.com/inothernews/assholes-guide-talk-rape/?ref=social&type=fb&b=0

- December 04, 2021
Assessment is both an art and a technique. India's largest school education board, CBSE, has made a mockery of assessment this time with the first terminal examinations of classes 10 and 12. The pandemic forced upon all of us certain changes. CBSE changed its assessment methods by making them all objective type multiple choice questions. Well, circumstances demand certain changes and we won't grumble about that. But how can a mammoth educational board create downrightly ridiculous questions? Doesn't the Board have people with sufficient expertise to prepare effective assessment strategies and methods? As an English teacher, I find the English question paper given to my students yesterday pathetically ineffective particularly in the Writing section. Let me provide a few examples.  Question 20 is about the qualifications required for a receptionist. There are 4 options and 2 of them are: (a) personality, age, experience and (b) age, qualification, experience. Now, which is
Read more