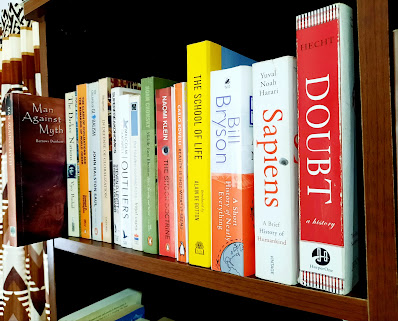 “The ideas by which a ruling group maintains its power must be suited to the intellectual climate of the given epoch.” Barrows Dunham, 20th century American philosopher who was fired from Temple University for being “un-American” in his thoughts, wrote that in his famous book Man Against Myth (1947). There is a close affinity between the intellectual levels of a people and their rulers. There was a time when religion was the most powerful social entity among people and hence rulers claimed to possess divine rights to rule. Ancient kings worked in collusion with priests. Both together exploited the ordinary people mercilessly. Since the people also believed in the same gods that the kings and the priests did, the system worked.

But that changed when people realised that the gods weren’t exactly what they seemed to be. The rulers who once derived their power from the gods were now content to derive it from monkeys, as Dunham put it. Charles Darwin usurped the power of the gods and gave it to science. Governments changed. Revolutions took place in some countries. In others, the power shifted more smoothly to the people. And in yet others, gods continued to rule and the people there remained behind veils of ignorance.

India was taken over from sadhus and fakirs by Nehru who didn’t sell his soul to the millions of gods in the country. Nehru put his trust in educational institutions and dams and highways. He put the nation on a scientific path. He refused to succumb to the demands for a theistic nation like what Jinnah had created in the neighbourhood. Consequently India became a modern nation, a progressive one, one whose people were encouraged to use their brains freely.

More than half a century after Nehru, India got a leader who took the nation back by millennia. We have been taken back to prehistoric gods and their fairy-tale oases. We are taught to focus on temples and cows. Yogis and sadhvis dictate terms to us now. And who are ‘us’? The rights of the citizens are taken away and handed over to a particular community. Some are given to an animal! Women are once again being treated like the commodities in Manusmriti.

India has regressed as a nation by a few millennia. But this can’t happen without the support of the people. That’s what Dunham says. Why do majority of Indians support the present regression led by one man and a few of his henchmen? Is it because the majority lack brains? We would have to accept that if we analyse the contemporary reality in the country.

It’s a matter of consolation, however, that the ruling party of today never got more than one-third of votes in both the elections which catapulted the party to “brute” power. Two-thirds of the people voted against the party. But this ‘majority’ was not united. Hence the ‘minority’ won. And that ‘minority’ claimed to be the majority! One of the many paradoxes of democracy.

Nevertheless the silence of the two-thirds that didn’t vote for the BJP in 2014 as well as 2019 is mystifying. Have they lost their brains in the regressive motion of their compatriots? That’s some food for thought.

PS. There was a time when I had many blogger friends who used to discuss issues freely and intellectually at blogging sites. Today most of them avoid me and, worse, write stuff that smacks of prehistoric fatuity if not savagery. Rather pathetic condition for a nation.