Making sense of what is happening 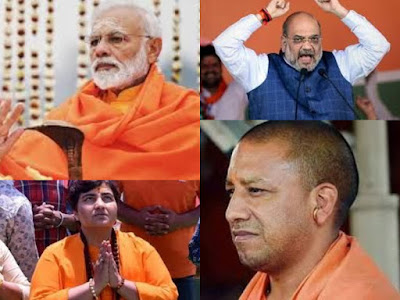 “Hope is not the conviction that something will turn out well but the certainty that something makes sense regardless of how it turns out,” said Vaclav Havel. Things don’t turn out well generally in the human world where Murphy’s law is quite universal: What can go wrong will surely do.

Our endeavours to make conquests are often like Uncle Podger’s attempts to fix a picture on the wall. Uncle gets all the required things ready: hammer, ruler, step-ladder, kitchen-chair, and what not. Then he would lift up the picture and drop it and it would come out of the frame. While trying to save the glass, he cuts himself. He goes searching for his coat because his kerchief is in the coat pocket. He has forgotten where he left his coat. All the family members are put on a treasure hunt for his coat. “Doesn’t anybody in the whole house know where my coat is? I never came across such a set in all my life…” Uncle frets and fumes. “Six of you! And you can’t find a coat that I put down not 5 minutes ago! Well of all the…”

Finally he discovers the coat beneath his own bum. He has been sitting on it all the while when the others were searching frantically for it. But Uncle will blame them, of course: “Might just as well ask the cat to find anything as expect you people to find it.”

Now the entire family as well as the servants are all around Uncle in a semi-circle at his service: two of them holding the chair, a third helping Uncle to mount the chair, a fourth to hand a nail, and a fifth to give the hammer. Then Uncle drops the nail. By the time the nail is found the hammer is gone.

Well, it goes on. That’s how life generally is. Whatever can go wrong invariably does go. It does it with the vindictiveness with which history has been haunting India in the past half a dozen years. But Uncle’s family members know that this is how it is. The whole turmoil makes sense to them because they know Uncle Podger.

A lot of things in our lives wouldn’t make sense if we didn’t ‘know’ them. And religion, literature, music, and many other things help us to ‘know’ them. For example, the cross which is the quintessential symbol of Christianity helps the believers to ‘know’ life as pain and accept the pains as parts of the divine plan for them. Pain becomes acceptable and bearable because of that ‘knowledge’. Pain makes sense when you know that it is God who is giving you this pain because God wants to teach you something.

I’m incapable of accepting a God of that sort. All the neurones in every fibre of my being rebel against such a god who is said to be omnipotent and yet is bent on torturing creatures with pains which his omnipotence could have just wiped off instantly.

I look to literature for consolation. The madness of King Lear and the turmoil of Tess of D’Urbervilles and the confusions of Holden Caulfield help me make sense of the evils I encounter day after day.

But there’s something that I’m incapable of making sense of these days. I find an increasing number of people in my country resorting to crimes in the names of their gods, culture, and religion. Priests are raping devotees. And then killing them brutally. How do I make sense of that? And the chief minister of those criminal-priests is a yogi himself who has committed innumerable crimes which he wrote off using the political power he wields. I can’t make sense of that. I can’t make sense of a lot of things happening in my country these days. That’s why there’s so much pessimism and cynicism in my writings.

People ask me why I sound so bitter when I write about our ruling dispensation.  Now you know why. If you can help me make sense of these realities, please do.