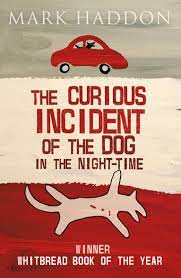 People are more complicated than maths and science. They tell lies. They have complex emotions and motives. And beliefs. Christopher tells us that he cannot tell lies, ‘not because I am a good person. It is because I can’t tell lies.’ His mind is too logical to deal with falsehood. Is that a merit or a drawback? Well, ‘normal’ people would think of it as a drawback. After all, Christopher is a patient of a particular variety of autism.

Ordinary people like you and me tell lies every day. Life would be impossible otherwise. Just imagine as simple a situation as someone asking you ‘How are you?’ You have just swallowed a pill for the headache that’s killing you. But you are not going to tell that in response to a casual ‘How are you?’ There are a million things that we won’t tell others. There are a million truths that die every moment on the earth. There are more truths that are distorted every moment.

‘Life is difficult, you know,’ Christopher is told by his father. ‘It’s bloody hard telling the truth all the time. Sometimes it’s impossible.’ If you want only truths, it’s better you confine yourself to maths and science. Mr Jeavons, the psychologist at Christopher’s school, tells that in a pleasant way. The problems in maths are difficult and interesting, he says, there are always straightforward answers to them in the end. Not so in life. There are no straightforward answers to the problems that life brings.

Dogs are better than human beings, Christopher would say. ‘You always know what a dog is thinking. It has four moods. Happy, sad, cross and concentrating. Also, dogs are faithful and they do not tell lies because they cannot talk.’

Even if dogs could talk, would they tell lies? Would they be incapable of telling lies even as Christopher is?

Does falsehood belong to the ‘wise’ human species?

Christopher is incapable of conceiving falsehood and telling lies. But he can be irrational sometimes. For example, he loves red colour and hates yellow. So if he sees four red cars in a row on the way to school, he thinks it’s going to be a good day. If he sees yellow cars instead, it would be a bad day. His moods do change according to the cars he sees on the way. Later when he is in London city where too many cars come and go his belief is shaken. Christopher questions his beliefs. The ‘wiser, normal’ people won’t, however. They will keep on believing that a sunny day keeps them cheerful while a rainy day makes them gloomy.

At the end of the novel, Christopher remains happy with his maths and science. He leaves us to our own complications. Our emotions and motives – which we consider as normal and hence sane – are far more complex than the abstract equations in algebra or physics. The wise reader will be left pondering, poised between Christopher’s autism and the ‘normal’ people’s sanity.