18th century French naturalist the Comte de Buffon wrote that the people of America had small and feeble sex organs so much so the men living there had “no ardour for the female.”  He wrote that and much more in his much-esteemed book Histoire Naturelle.  America was a land where the water was stagnant, the soil unproductive, and the animals without size or vigour, their constitutions weakened by the noxious vapours that rose from its rotting swamps and sunless forests.  The environment sapped the vitality of even the native Indians who had “no beard or body hair.”

Many writers embraced Buffon’s views and took them to more readers.  One popular Dutch writer added that the American males lacked vitality so much that “they had milk in their breasts.”  The views found their way to many European books until almost the end of the 19th century. 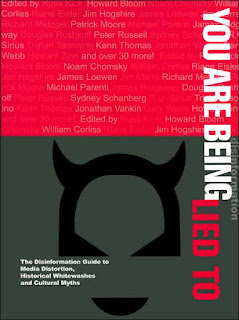 People are eager to believe the written word.  It’s even more so when the text is something that belittles others.  There are many people and organisations in today’s India who make use of this strategy very effectively especially through the social media and networks.  A lot of misinformation and disinformation are being spread.  There are even government agencies which are engaged in such activities.

Fake news and morphed pictures are made use of for creating religious tension in many places.  Inane ideas (e.g. the cow exhales oxygen) are propagated as sacrosanct.  History textbooks in schools are being rewritten.  Heroes of the freedom struggle become villains and vice versa.  Roads and buildings are renamed, some of them rather viciously.  Hatred is being generated wherever possible by distorting history and news.

The process is not going to take the nation very far.  But it seems the perpetrators have a clear vision.  They want to roil the waters so that they can rule the roost.  However, history teaches us the lesson that all those who made use of this strategy in the past ended up learning bitter lessons and paying heavy prices.

It is up to the BJP and its leaders to decide how far they want to take this game.