The heart of the matter 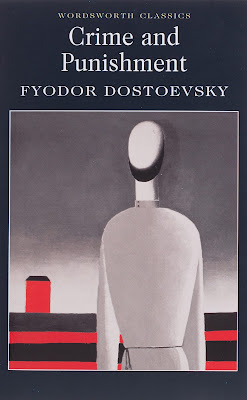 “The really great men must have great sadness on earth,” Dostoevsky wrote in Crime and Punishment. Dostoevsky believed that enlightened intelligence and deep heart can only come through much pain and suffering. Raskolnikov, the protagonist of Crime and Punishment, is intelligent. But he does not have a loving heart. On the contrary, he detests humankind. He thinks of the human species as essentially evil – cruel, scoundrelly and corrupt. There is nothing wrong in doing away with some of these evil creatures. In fact, if you want to be another great person like Napoleon, if you want to be the Nietzschean superman, you need to rise above the sentimental morality of mediocre people. So Raskolnikov goes and commits a murder. He kills an old woman whom he thinks of as an evil person. In the process, he ends up killing an innocent woman too in order to get rid of the witness to his crime.

Sonia, a poor woman who has become a prostitute in order to look after her ailing sister and that sister’s children, is the one who helps Raskolnikov’s heart to evolve. A prostitute may be a much better human being than an intellectual! A perverted mind is far more treacherous than a mediocre heart.

What matters more in the end is the heart. Sonia the fallen woman becomes the redeemer of Raskolnikov the intellectual superman. The heart wins over the brain. Any philosophy or ideology that cuts you off from your fellow beings is utterly evil. To perceive the moral ugliness of hate-peddling ideologies, you need a heart, an evolved one at that.

Evolved hearts are not common among human beings. Most people have mediocre hearts and hence humanity is trapped in the quagmire of banality. But that banality may be less evil than the corrupted philosophy of people like Raskolnikov which alienates them from humanity.

While in the prison of Siberia at the end, Raskolnikov falls seriously ill and has a dream. He dreams that a virus is sweeping the country. The virus creates a kind of madness in its victims which makes each to think of him-/herself the sole possessor of truth.

The most worthwhile truth lies in the heart, not in the mind. And that truth is not singular. That truth is common to the entire humanity. Unless you learn that truth – the truth of the heart – you remain subhuman even if you are following the highest ideals preached by some theory or ideology. Humanity stands above all theory and ideology. Even if its heart is banal.

“Go at once, this minute, stand at the crossroads, bow down, first kiss the earth which you have defiled and then bow down to all the world and say to men aloud, ‘I am a murderer!’” This is Sonia’s counsel to Raskolnikov when she learns about the murders he committed. Put aside all your ideology and reasoning. Get your heart out. Your only chance of redemption lies there – in your heart’s ability to establish a bond with the rest of humanity.