The Futility of Revolution

One of the shortest but classical works of fiction on the futility of revolution is George Orwell’s Animal Farm [1945]. The animals on the farm revolt against the oppressive human master and seek to establish an egalitarian society where all animals are equal. The revolution is driven by very noble ideals which have the potential to create a paradise on the farm. But sooner than later, the ideals give way to venality and the new rulers among the animals become far worse than the erstwhile human master. The human master only exploited the animals for labour. Now the animal masters are utterly vicious. They enjoy the highest forms of luxury at the cost of the other animals which are treated as worse than slaves. There is not only inequality but also injustice, cruelty, violence, government’s surveillance on the citizens, and plain butchery.

It was the aftermath of the Russian Revolution that inspired Animal Farm. The Russian Revolution sought to replace the dictatorial Tsar with a people’s government founded on socialist ideals. What Russia got, however, was a government far more inhuman than the Tsarist one. Something very similar happened with the French Revolution too which began in the name of the noble ideals of liberty, equality and fraternity.

Revolutions are too idealistic to be practical. That is why the great thinker and writer, Albert Camus, said that revolutions culminate inevitably in police or in folly. The kind of perfection quested after by revolutions is impossible in the human world. The humankind has not evolved yet to that level of sophistication (emotional, intellectual and spiritual) required to create such paradises on earth. The human is far too fallible for that. Too frail. Too guilt-ridden.

The human fallibility, frailty and guilt require gods. To fear and worship. To forgive and give a pat on the back. To take revenge on the enemies, whole races of them if possible.

It is not Ram Rajya that the bhakt quests after. It is Ram – with all his might and hate and vengeance. Let us build glorious temples for him. Let us sacrifice fellow beings for him.

“All animals are equal, but some animals are more equal.” That is how one of the ideals in the revolutionised Animal Farm of Orwell had metamorphosed under the new leaders.

PS 1. This post is provoked by a Facebook visitor to my space who told me bluntly that I, being a non-Hindu, am “only an unwanted guest” in his country which was destined to become Ram Rajya under the present political leadership.

PS 2. Thank you Blogchatter for the following award. 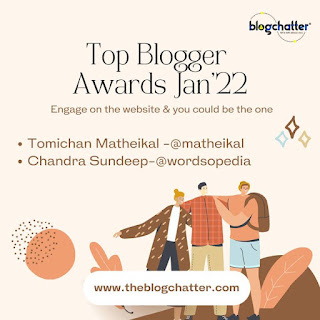