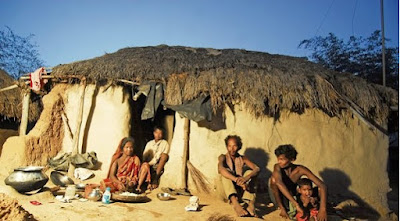 The Sangh Parivar and the corporate clique that supports them are celebrating the Amrit Mahotsav of India’s independence. Their India has reasons to celebrate. Two of them have entered into the top ten of the Forbes list of the richest people in the world. Adani has climbed over Ambani to occupy the third place while the latter is in the eighth place. Gautam Adani’s economic growth has been nothing less than fabulous after Narendra Modi became India’s Prime Minister. His brother, Vinod, has also emerged as superrich with a wealth of Rs1.69 lakh crore. IMF has declared that Indian economy has beaten the British economy to emerge as the fifth strongest economy in the world. At this rate, India is going to push Germany and Japan behind by 2030 to become the third largest economy in the world. Great. But who benefits? That’s a pertinent question.

There is a dark, very dark, side to this economic growth. In the global hunger index, India is slipping down pathetically.  Out of 116 countries, India’s place is a wretched 101. We are on a par with starving countries like Somalia now. Most other countries of South Asia are faring much better than India in this regard. The 2022 national survey on family health [NFHS-5] reveals the startling fact that 67% of the country’s children below the age of 5, 58.6% of the women in the reproductive age group, and 25% of the men between the ages of 15 and 49 are suffering from anemia. The country’s economy is healthy but not the citizens.

In human resources development index, India stands at 161 out of 191 nations. That is far below countries like Bangladesh and Bhutan. The Covid pandemic stole the lives of about 47 lakh Indians, according to the WHO. That is one-third of the world’s total number of Covid deaths. Nothing to be proud of in the health sector. The Indian government’s thoughtless policies and actions with respect to the pandemic (such as the instant lockdown) led to the catastrophic situations. The state where the largest number of children died in those days due to lack of oxygen supply in hospitals is now spending crores of rupees to advertise itself as the shining beacon of the country. The people of that state could not even afford to bury their dead and hundreds of corpses floated down the holy river of Ganga.

84% of Indians saw their wealth fall in the post-pandemic situation. But at the same time the number of Indian dollar-billionaires rose from 102 to 142. Many of these billionaires cashed in on the misery of their compatriots with the support of the government. It is estimated that Covid-related industries helped these people to raise their asset to Rs 6 lakh crore.

The Modi government has taken Indian economy forward by leaps and bounds. But who benefitted by that growth? That is the question. Not the majority of the people of the country. But a tiny minority. The corporate sector. This corporate sector has paid back to the BJP a share of their profit and the party has become one of the richest political parties in the world today.

The corporate sector will continue to flourish in India as long as Modi continues as the PM. Their taxes were reduced from 30% to 22% while the common man’s taxes were hiked every now and then though indirectly. The loans taken by the most affluent are written off in Modi’s India while the poor are driven to suicide because of their inability to pay back the loans. Modi has written off big corporate loans amounting to Rs10 lakh crore. The ordinary Indian will pay back all that in the form of various taxes and cess and so on.

In the meanwhile, Modi continues to sell the country to the corporate sector. Banks and insurance and transport systems and forests and industries are all becoming private properties.

Even more tragic is what has been done to academics, judiciary and other institutions which should have remained above politics. They have all been corrupted by the Sangh Parivar. History is fabricated now and justice is ravaged. And Modi continues to be a national hero. Which means there is little hope ahead.