The Other Side of Compassion 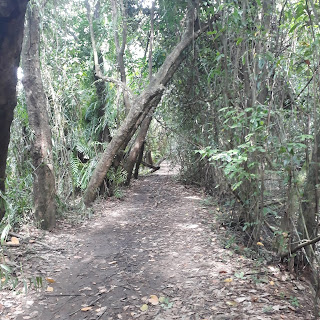 One of the mysteries that has baffled me again and again, like a cancerous pain, is the cosy coexistence of religions and cruelty. All kinds of cruelties were imposed on fellow human beings in the name of gods ever since religions were born. We did it in ancient India. They did it in all ancient civilisations.

Compassion is the very root of Christianity’s theology. Yet no religion was as ruthlessly cruel as that for centuries in the medieval period. Islam has continued that ruthlessness, which Christianity gave up a few centuries ago, up to this day. Hinduism, under Mr Modi’s charismatic leadership, seems to be all set to take up the same tradition now – with a slight difference: Mr Modi’s acolytes have changing tastes. Young girls seem to be the favoured targets these days. Lynching in the name of cows was in vogue till the other day. Perhaps, the fad may change again soon since fads don’t have much longevity even with divine sanctions.

Why are our gods such dismal failures? There are numerous possible answers. I would like to focus on one, however. Our religions have got certain fundamental aspects wrong. Compassion for fellow creatures is one such aspect.

Religions teach compassion for all possibly wrong reasons. They teach us things like all creatures are divine sparks and hence the other is no less divine as I am. I am taught to respect the divinity in the other person. Just imagine the nine-year-old girl being asked to see the spark of divinity in her eleven rapists! Imagine a Karel Hasler or Otto Wallburg being told to appreciate the divine spark in Hitler. I wonder how many victims of the Gujarat riots of 2002 would be able to stand in reverence before the Modi idol in that Rajkot temple dedicated to him.

Nah, it is rather cruel if not pernicious to teach that sort of compassion to people just because we live in a world where the wicked flourish and the innocent perish. Gods are good moral tales but bad life skills. That’s why they fail inevitably. Show me one god who has succeeded in making the human affairs an iota better.

Religions should change their teachings. Instead of teaching divine sparks and all that stuff, teach rational compassion. Teach people why compassion is a better choice than anything else. Teach people to choose goodness because that is the only reasonable choice they really have. Everything else creates hells and hells aren’t quite comfortable places to live in. We deserve better. We can get a better world. That better world is our choice, our creation, our own heaven.

PS. This blog is participating in the #MyFriendAlexa campaign of Blogchatter.