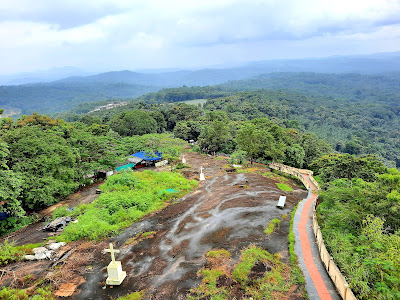 The choice was between awareness and paradise. Paradise was lost in that conflict. That is how the Bible tells the story of the origin of humankind. The great English poet, John Milton, converted that myth into one of the most moving epic poems titled Paradise Lost. Paradise had to be lost if the human creature had to rise above the state of being a mere animal, a creature with a lower consciousness level. Adam and Eve were innocent until they ate the fruit of knowledge, the forbidden fruit. The only condition that God had put on the first couple was that they should not strive to rise above being mere animals. “Do not eat the fruit of knowledge” meant that Adam and Eve should remain as ignorant and hence as innocent as the other animals in Paradise. Paradise is a state of innocence. It is not a place. When Adam and Eve ate the forbidden fruit, they lost innocence but gained awareness or a higher level of consciousness.

Milton’s epic poem presents Eve as “our credulous mother.” It is because of her credulousness that Satan tempted her rather than Adam. Credulousness is a version of innocence. Eve gets punished for her credulousness. Is credulousness a vice and cunning a virtue? In order to escape Satan’s temptation, what Eve really required was cunning. She lacked that cunning. Is that a vice? Well, in the creation myth of the Bible, yes. At least Milton suggests so.

Centuries after the creation myth became part of the Jewish scriptures, Jesus taught his followers to be as innocent as doves and as cunning as serpents. You have to be good at heart but keep the gun ready while dealing with others. Oh, no, don’t take that literally. Jesus wouldn’t have endorsed a real gun though he said, “I am sending you out like sheep among wolves.” It’s a metaphorical gun that is required. Shoot the cunning devils as they come. Metaphorically, of course. Be cunning enough to know how to preserve your innocence. How to preserve your paradise.

That’s not easy. It is almost impossible to preserve dove-like innocence when you are struggling with wolves and serpents. Even Jesus didn’t succeed in the struggle. He ended up on the cross crying, “My God, my God, why have you forsaken me?”

Loss of paradise is an inevitable fate of human beings. We all lose our individual paradises in childhood itself. There is no escape from that loss. That is the real tragedy of our species, I think.