Have the achhe din arrived? 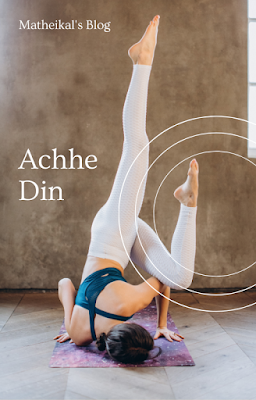 Of the last 25 years in India, 13 years belonged to the Bharatiya Janata Party. Vajpayee and Modi were the Prime Ministers. Modi still continues in power. Still the party keeps blaming others - some of whom died five centuries ago - for the country's woes. Like Nietzsche's gods, we will die laughing if this party continues to govern us like this. [When somebody like Yogi Adityanath comes to Kerala and expresses his anguish over women's safety in the state, the joke is a real killer.]

Modi has been in power for seven years now. He ascended the throne in Indraprastha with a lot of promises most of which would have made Modi himself laugh to his death if he had the ability to laugh. At least, as Shashi Tharoor said, Modi won't vote for himself if he listens to his own speeches made in the 2014 campaigns.

Modi promised us achhe din [happy days] and gave us the worst days ever.

Within months of coming to power in 2014, Modi sought to sell India's land to the corporate sector through the Land Acquisition Bill. The bill was met with a lot of opposition especially from the Bhumi Adhikar Andolan which still maintains that Modi is selling India to the corporate sector in the name of yet another hollow slogan, development.

Demonetisation was arguably the biggest blunder committed in the name of happy days. Every one of its proclaimed goals (which changed from time to time) remained an illusive mirage. Black money did not cease to exist. On the contrary, it became easier for people to hoard 2000-rupee notes. Digital transactions did not become universal. The exercise engendered massive loss of jobs and businesses. Nothing, absolutely nothing, good came of it.

The Economic Survey 2016-2017 released by the Chief Economic Adviser to Modi government stated that demonetisation was "an aggregate demand shock, an aggregate supply shock, an uncertainty shock and a liquidity shock". India's unemployment rate shot up to a five-year high in the year that followed demonetisation. The All India Manufacturers Organisation (AIMO) estimated that industries and traders incurred 60% job losses and 47% revenue loss because of demonetisation. The plain truth that the country is still suffering from the fallout of that futile exercise has been swept under the florid carpet of government propaganda.

The impulsive implementation of GST was another blow to the country's development. It led to a gargantuan chaos especially among the small traders who had to rely heavily on experts for keeping their hitherto simple accounts. Many small traders gave up their businesses altogether. Moreover, the exercise affected the federal structure of our political and economic system. Shashi Tharoor wrote in his book, The Paradoxical Prime Minister, that the botched implementation of GST was the second greatest body blow to Indian economy after demonetisation.

Jammu-Kashmir became absolutely alienated from India because of Modi's actions there. He cut up the state into two and made one part an enemy of the country by treating it as such. A whole people and their democratically elected leaders were held as prisoners actually or virtually. An entire state that was once described by many as a paradise on earth has become worse than a hell, thanks to Modi's policies which are founded on hatred of a particular community.

The Citizenship Amendment Act was conspicuously discriminatory against Modi's bête noire. It proclaimed in no uncertain terms that Modi intended to make India a Hindu Rashtra in which other religious communities were not welcome. It offered citizenship to "non-Muslims" from Pakistan, Afghanistan and Bangladesh.

"Non-Muslim" was just a mockery. All Non-Hindus in the cow-belt are being attacked for all sorts of invented reasons. The recent attack on two nuns on a train is just another of a million unsavoury assaults on the erstwhile inclusiveness of this nation.

The farmer's agitation may celebrate its anniversary and yet not find any solution. The excruciating ridiculousness of the entire things is how a government claims to be doing good for the people while the very beneficiaries say an emphatic No to the "good". Who decides what is good for the people: the people or the government? And does the government mean Just Modi and Shah? Even BJP MLAs in various states are unhappy with the farmers' issue and the way it is being handled by Modi-Shah. Whose government is this?

India is on sale. Most public sector industries and institutions are being sold to the corporate sector by Modi saying that running industries is not the government's job. One is left wondering what the government's job now is. Is it purchase of MLAs in states and toppling of elected governments? Even the well-run LIC is going to be sold! Those who have had experience with both LIC and private insurance companies know that the latter are a bunch of purse-snatchers. Why is India being sold to thieves?

Petrol and diesel prices have kept mocking Indians for long now. So has the price of the cooking gas. So have the prices of a lot of things. People are getting used to misery having endured it for half a decade now. People get used to anything. Modi knows that. Moreover, he knows that he has achieved some sort of a divine status among millions of blind bhakts. So he will keep hoodwinking an entire nation of a billion and a quarter of people.

There are many other things that we can go on discussing like the impulsive implementation of lockdown, misuse of the media, mendacious propaganda, the recent changes proposed to bank interest rates (revoked due to elections but will be implemented after the elections), and the rewriting of history.

Now it's up to us to decide whether these are happy days.

PS. Written for Indispire Edition 369: Finally the ache din seem to have arrived, especially with the bank interest rates of 1 April. #AcheDin