Religious leaders in America have never lost an opportunity to cash in on natural disasters.  Hurricane Irma was no exception.  Televangelist Jim Bakker declared that the hurricane was God’s judgment on America.  Interestingly, Bakker was forced to resign from his religious post following a sex scandal.  He was also involved in many financial scams and scandals and even served a prison term. 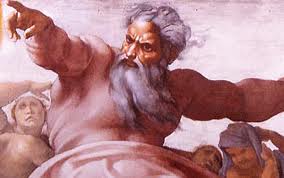 Bakker’s friend Pastor Rick Joyner was quick to lend support by stating that storms don’t “happen by accident.”  Another religious leader Pastor Kevin Swanson asserted that Hurricane Irma would have been altered by God if the American Supreme Court had made abortion and gay marriage illegal.  In other words, the hurricane was a punishment for abortions and gay marriages.

Preacher Rick Wiles argued that Houston was battered by the storm because of the city’s “devotion” to LGBT.  Another religious leader Ann Coulter suggested that the storm was caused by the lesbianism of the former mayor of the city.

These are just a few examples.  There were many, many more religious verdicts on God.  It’s funny how these religious leaders make God dance to their tunes.  It’s funnier if people really believe all this balderdash and imagine their God as a silly old man sitting up there and punishing entire populations with storms and other such things for the "crimes" of a few people.

I have often wondered why the God of Christianity is such a weird character who is interested in showering fire and brimstone on his own people instead of making them good using his omnipotence.  God is a mystery, answers Christianity.  “Who the hell are you to question God’s ways?” A religious leader asked me once when I raised such questions.  “Do you think you are greater than God?  More intelligent?  More wise?”  Well, I confess to total ignorance in matters related to God.  Especially the God of Christianity.