The commonplaceness of religious terror

When I was young (and proportionately foolish), I decided to take a phone connection.  Those were the days of landline phones monopolised by the government through the telecom.  You apply for a connection and wait for ages to get it.  In the meanwhile you have to bribe at least half a dozen people in the telecom department.  My landlady came to know about my adventure and said unequivocally, “You can’t take a phone connection here.”  By ‘here’ she meant my rented house of which she was the owner.

“Why?” I wondered aloud.

“The cable will block the sunshine in the yard.”

She walked away without saying another word and without daring to look into my eyes.  I knew something was wrong somewhere.  A little later I bought a bike, a sleek Yamaha 100cc, the most popular bike in Shillong in those days.  I parked it outside my rented house in the remotest corner where it would hardly be noticed by anyone, not even by the sun.

“You can’t park your bike in this compound,” thundered my landlady.

“But it won’t disturb anyone in that corner,” I said feeling pathetic.

One of my BEd teachers who stayed a few doors away permitted me to park the bike in her yard.  When that was settled came my landlady’s order, “You have to vacate the house next month.”

“If it’s about the rent, you can raise it,” I said.  It was the usual trick of landladies to ask the tenant to quit when they wanted to raise the rent.

“You have to vacate, that’s all.”  That was how she ended my eight years of uneventful relationship with her as a tenant. 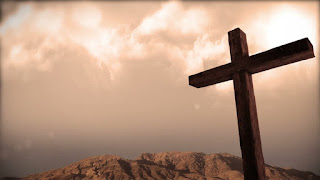 Eventually, years later in fact, I learnt that the landlady was innocent.  There was a Catholic missionary who was behind all the games.  He wished to domesticate me by shifting me to a place where his manipulation would be easier.  He made my life a hell in the next five or six years until I quit Shillong unable to cope with the hell created by the missionary.

The acts of inhumanity perpetrated by the Catholic Church through centuries far outweigh its acts of charity.  Now the “official” religion of India seems to be emulating the Catholic Church by persecuting or even killing those who criticise it.  However, it is heartening to see more and more people protesting against such persecutions and murders.

Why do religions depend upon devious measures to smother criticism?  Isn’t it because they can never, never provide intellectually satisfactory answers to criticism?  And most people are like my landlady, helpless, incapable of asking the simple question: “Why should I do this?”  People are scared of religious leaders.  Terror has always sustained all religions.  If Hinduism was an exception, it is no more so.