Remedios the Beauty and Innocence 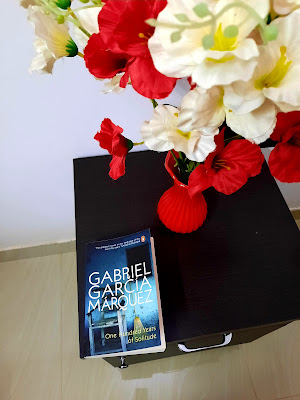 Remedios the Beauty is a character in Gabriel Garcia Marquez’s novel, One Hundred Years of Solitude. Like most members of her family, she too belongs to solitude. But unlike others, she is very innocent too. Physically she is the most beautiful woman ever seen in Macondo, the place where the story of her family unfolds. Is that beauty a reflection of her innocence? Well, Marquez doesn’t suggest that explicitly. But there is an implication to that effect.

Innocence does make people look charming. What else is the charm of children?

Remedios’s beauty is dangerous, however. She is warned by her great grandmother, who is losing her eyesight, not to appear before men. The girl’s beauty coupled with her innocence will have disastrous effects on men. But Remedios is unaware of “her irreparable fate as a disturbing woman.” She is too innocent to know such things though she is an adult physically. Every time she appears before outsiders she causes a panic of exasperation.

To make matters worse, Remedios detested clothes. In the words of the narrator, “It was all too evident that she was completely naked underneath her crude nightshirt.”

Her grandmother’s fears turn groundless eventually because any man who dares to come too close to Remedios ends up losing his life. A hilarious example is that of a man who climbs up the roof and removes a tile of the bathroom as Remedios is taking bath without the trace of a thread on her body.

Remedios tells him with the innocence of a child, “Be careful. You’ll fall.”

“I just wanted to see you,” the man says.

“Oh, all right,” she answers. “But be careful, those tiles are rotten.”

The man offers to soap her. She thinks her two hands are enough for that job. Then he offers to marry her. Her response is that she will never marry a man who is so simple that he has wasted almost an hour and even went without lunch just to see a woman taking bath.

The man’s excitement soon brings him down from the roof killing him on the spot.

He was not the first man to lose life on account of Remedios the Beauty.

Innocence is ignorance, rather than absence, of evil. Remedios is blissfully ignorant of the vile passions of human beings. She doesn’t even know shame. She’s like a child that detests clothes. She is a child at heart. She even carries a mysterious and exotic fragrance on her body which gives her a divine aura. Does she belong to the divine milieu?

Well, innocence does not belong to the human world anyway. It should belong in the garden of Eden where Adam and Eve went around naked until they ate the fruit of knowledge. Knowledge! Knowledge of evil strips you of your innocence. Every child grows up and learns evil. Thus innocence is lost. Has to be lost. Otherwise you will not survive in the human world.

Remedios does not survive either. She is taken up to the skies mysteriously. One day Remedios appears pale. Then she begins to rise in the air. She passes through the air and is “lost forever in the upper atmosphere where not even the highest-flying birds of memory could reach her.”

Remedios is a symbol of the inevitable human tragedy. You can’t be human and innocent at the same time.