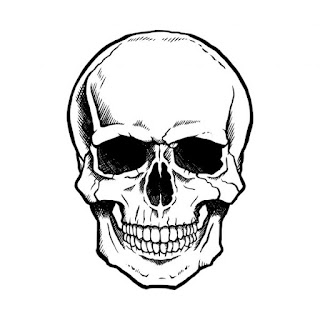 Hamlet is on a stroll in Lucknow. It is his leisure time. He has come quite a distance from Kalidas Marg where he has been undergoing specialised training from none other than Yogi Adityanath himself. Claudius and Gertrude had sent him over when all their attempts to teach him the quintessential deviousness and venality of practical life failed.

“There’s nothing like the East for this,” Kipling told Claudius when the latter complained about Hamlet’s refusal to understand politics. It was Kipling who suggested Yogi Adityanath in particular. “No one can do better than him the art and craft of putting on sanctity and putting out sanity. They call it rajneeti.”

Dead bodies of human beings were floating in the Ganga when Hamlet landed in the land of yogis and sadhus. And once upon a time fakirs too. I mean land of fakirs once upon a time. Not dead bodies.

Well, I’m not so sure anymore. Dead bodies, yogis, fakirs…

Prime Minister Modi was stuck in Delhi unable to go on his habitual foreign tours because of the pandemic. Even otherwise his ego wouldn’t let him go to the airport to receive Prince Hamlet. But he had ordered the dispatch of a million doses of Covaxin to many countries including Prince Hamlet’s. “If I cannot go personally,” said Modi stretching out his generous arms, “let my healing go.” He meant his going to other countries, not going to welcome Prince Hamlet.

Hamlet was thrilled to be in a country of international healers anyway. His healing sessions with Yogi Adityanath went well. Is going well.

A cemetery catches Hamlet’s attention during his stroll. It is in a terrible condition. The tombs are all overgrown with grass and weeds. A sound of digging is heard from one corner and Hamlet walks in that direction, wading through the tall grass and walking between hardly visible tombs.

A new grave is being dug. Hamlet watches the gravedigger who is now singing a song while looking at something, though totally unconcerned. His song is about death, Hamlet can make out though the song is in Hindi. The Prince of Denmark has learnt Hindi pretty well. That was his master’s first condition: learn Hindi first. Without Hindi, no one can be a disciple of Bhartiya wisdom. The gravedigger is singing about the ultimate fate of Akbar and a bekaar being the same. “Both of you will end up here,” the gravedigger sings, “in the house that I build for you. I am the best architect. I build your ultimate residence which will last long till the doomsday.”

Hamlet is fascinated. He watches the gravedigger bending down to pick up a skull. “Akbar’s or bekaar’s?” The digger grins at the skull. “Even Allah cannot retain his city. It has become Prayagraj. Akbar, your kabar too will also vanish. Nothing lasts beyond me.” The digger flings the skull into the tall grass yonder with a laugh and then picks up his liquor bottle for yogic courage.

“Was that Akbar’s skull?” Hamlet asks the digger.

The digger is happy to find a madman for company.

“Not really,” the digger says. “One of the ten heads of Ravana.”

The gravedigger rewrites the epic. Rewriting is something he learnt recently. A few years back. When a saffron-clad fellow who called himself Yogi came with the promise of … what, he has forgotten now. But it must have been something good that he promised. Otherwise Uttar Pradesh wouldn’t have been what it is now.

“Nehru would have sold UP to Pakistan if it were not for Yogi,” the gravedigger says.

“Indeed,” Hamlet agrees instantly. He has been attending Yogi Adityanath’s classes with sincerity. They are not online classes that you can bunk off.

Prince Hamlet is too innocent to distinguish mimicry from history. But he has learnt his lessons well. He knows the solution to all of India’s problems.

“What’s that?” the gravedigger wants to know the solution.

This is not to slander the Danes. This writer is just imitating the present great litterateurs. And Yogis. And Modis. And motivational speakers who teach followers to rewrite all inconvenient truths.

The gravedigger takes up his liquor bottle blissfully.

PS. This is written for Indispire Edition 393:  If Hamlet [Prince of Denmark] were a disciple of Yogi Adityanath... #ToYogiOrNotToYogi