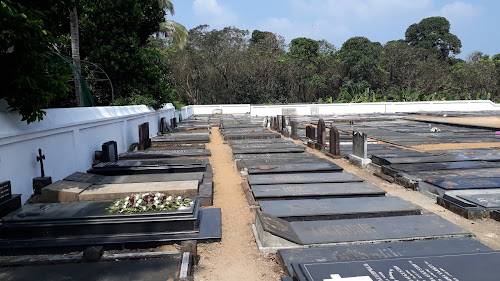 Father was in high spirits though he looked older and weaker than ever. Joshua picked up his whisky glass once again as he watched his father stealthily. He had come home on a weekend holiday. ‘I want to have a drink with you,’ father had said in his last phone call. ‘It’s quite a while since we sat down together for a relaxed chat, isn’t it?’

They were the best of friends, father and son.

Joshua worked in the city and lived there with his family. He would visit his parents on some weekends, once a month usually though the frequency had dwindled considerably after the breakout of Covid-19. His father, Stephen, retired landlord, would be delighted to buy the best whisky for the evening with his son.

‘Do you think anyone is able to die without any regret?’ Stephen asks his son putting down his whisky glass.

This is the first time father is broaching the topic of death, Joshua recalls with a shocked sadness. But he decides not to reveal his emotions. He smiles and says, ‘Even God died with regrets, dad. My God, my God, why have you forsaken me? Wasn’t that the last lament of Jesus?’

Stephen laughs lightly. Not the usual mirthful laugh he has after a drink. ‘God can never be happy, son. What a horror it must be to endure the terror of one’s own creation for years and endless years!’

That throws Joshua into contemplation. This has been the routine since childhood: father will raise a point and then leave the son to think about it.

‘Look at that headline in the right corner,’ Stephen points to the newspaper that was lying on the sofa by Joshua’s side. CONSCIENCE MY GUIDE, SAYS JUSTICE ARUN MISHRA. That is the headline.

Stephen chuckles. ‘Hitler could have claimed as much, no?’ Father says, ‘Conscience is quite a rubbery thing. This guy’s duty was to follow the country’s constitution and the laws. What the hell has his rotten conscience got to do with public affairs? Wasn’t it his conscience that brought down the Maradu flats?’

Justice Mishra had ordered the demolition of the two controversial but majestic flats in Kochi last year. An infinite number of illegal constructions go on and are allowed to stay in this country. But Justice Mishra’s conscience boiled only in Kochi. Some consciences are like that. They boil just on expedient occasions.

Stephen had a reason to mention the Maradu apartments. His daughter and her husband had put together all their savings and added some loans from banks and non-banking sectors to purchase a flat in those apartments. It was their dream home. They wished to return from the harsh climate of Alaska as soon as the loans were repaid and live in the romantic landscapes of Kochi’s backwaters. But then, all on a sudden, their dreams just came tumbling down thanks to Justice Mishra’s conscience. Now Stephen’s daughter and her husband will work in the inhuman arctic steppes of Alaska till the end of their lives probably building up another dream from the shambles left by Justice Mishra’s conscience.

‘All holy riots and cow-lynchings are driven by consciences, I guess,’ Stephen mumbles as he takes another sip of the Teacher’s whisky. Then he smiles feebly. Joshua is a little worried because this is not how father usually is. The more the sips, the louder the laughs. Now that is reversed.

‘When I was young,’ Stephen says, ‘before I married your mother I had an affair, you know.’

Joshua stares at his father in surprise.

‘You don’t know. A father doesn’t tell such things to his son, isn’t it? She was a young girl who worked on our farms. I was as old as she. We kissed a number of times. I caressed her smooth curves occasionally. Then my conscience awoke. She must have thought I was just impotent. One of those days I saw her stark-naked body being crushed blissfully beneath the massive naked body of another labourer on our farms. Bliss has no conscience.’

Stephen’s voice becomes feebler as he goes on. ‘Bliss is the ultimate truth,’ Stephen says. ‘Does bliss have regrets?’

‘Do you regret anything about…?’ Joshua hesitates. How do you ask your father whether he regrets not screwing a girl in his youth?

‘About that girl?’ Stephen smiles. ‘I’m not sure. But there are other regrets. Too many. Too many blunders. Like I could have been more generous… Life could have been a lot happier if… Well, if not for Mishra’s conscience.”

The glass fell from Stephen’s hand and broke into pieces. Before Joshua could realise what was happening, Stephen’s body became inert on the sofa.

‘May God forgive the sins of commission and omission of this departed brother of ours,’ Father Gregory was uttering the last prayer, ‘and grant him eternal bliss.’

Does God judge by His conscience? The thought refused to leave Joshua days after his father was buried.