The living and the dying 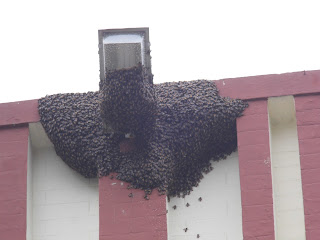 Some people add value to life, their own as well as others’. Some people do just the opposite: suck and drain. There are also quite many who just watch indifferently, may be helplessly. Some are busy living while others are busy dying, in other words.

There is always enough pain and sadness around. You don’t need to go to the slums in the big cities to see the wretchedness of life. You see it everywhere, especially these days when a pandemic has been holding us hostage for long.

As Albert Camus says in his classical novel, “What’s natural is the microbe. All the rest – health, integrity, purity – is a product of the human will, of a vigilance that must never falter.”

The microbe is natural. The virus is an ineluctable part of the nature. It nibbles away at the core of human vitality. Its very function – raison d'être – is to suck and drain. It is our duty, human duty, to keep the virus under control. With constant vigilance. “The good man,” to return to Camus again, “the man who infects hardly anyone, is the man who has the fewest lapses of attention.”

Where have all the good men disappeared? Why is Diogenes unable to put down his lantern and take rest?

How many Gauri Lankeshes and Narendra Dabholkars, how many Kalburgis and Pansares, must lay down their lives before the torchbearers of ancient civilisations realise that the real light is what we create here and now and not the flickers of ossified history in the fossils of myths and legends? How many innocent and honest seekers must face charges of sedition before the government realises that power is a responsibility to care for the entire country and not for a faction?

How many roads must a man walk down before you call him a man?

Bob Dylan sings dolefully, “The answer my friend, is blowin’ in the wind.”

As long as the answer only keeps blowing in the wind, a lot of people will keep themselves busy dying instead of living. A lot will just keep watching, callously, may be helplessly. A Sanjiv Bhatt languishing in a jail doesn’t inspire anyone even to murmur like the rustling leaf in a breeze that the king is indeed naked. Naked, in spite of the varied costumes – the motley – he dons and doffs as he pleases.

Babu Bajrangi will remain a national hero. Remember him?

He was the lynchpin behind the 2002 Gujarat riots which secured Modi’s political stature in the country. He was caught on camera by Tehelka magazine in 2007 boasting about his proximity to Modi and saying, “We didn’t spare a single Muslim shop, we set everything on fire, we set them on fire and killed them … hacked, burnt, set on fire… because these bastards say they don’t want to be cremated.” [The video is still online.]

He was arrested years after he committed the heinous crimes. He was convicted of the murder of 97 people. Yet he was released last year on bail because of alleged health reasons. Can there be more dangerous viruses than people like him?

Yet people like him are heroes today. What has he contributed to his society but hatred? Some call that hatred ‘national pride’. Well, what do names matter in a country where hardcore criminals call themselves Yogi and Sadhvi and so on.

I have two pet kittens whose names are Antony and Cleopatra.

PS. Inspired by Indispire Edition 343: Some people are busy living while others are busy dying. What would you like to tell either or both of these categories? #LiveFully