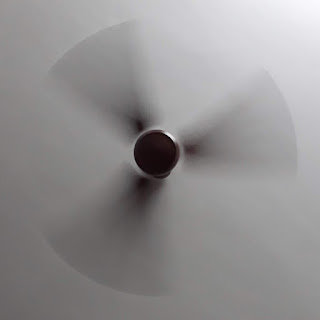 The online class began at 9. James woke up just in time to switch on the phone and log in to the class. Attendance is important. Having marked his attendance and making sure that both his audio and the video are switched off, James got up from bed. The teacher’s audio and video are on.

‘Inertia is a property of matter…” Malini Ma’am has already begun class. James searches for his toothbrush among all the pens, pencils and other such litter on the study table. ‘… existing state of rest or uniform motion…’ Malini Ma’am goes on. Phrases like straight line and external force are heard while the toothbrush is fished out and James moves to the washroom.

Ensconced on the commode and chewing the toothbrush, James wonders why people like Newton had to bother about motions in straight lines and all when what matters most in real life is this motion in the toilet.

Appa and Amma were busy in the cowshed and pigsty. Their motion starts at 4 o’clock in the morning. Can’t the cows sleep a little more and wait for a decent time of the day to be milked? Who cares anyway? There must be some laws of motion for cows too. Newton be damned.

‘The final velocity of a moving object is dependent on three things,’ Malini Ma’am’s class is continuing as James emerges from the washroom feeling fresh enough for a glass of Bournvita. James picks up the phone and walks to the dining room where his glass of warm energy drink must be waiting. Amma must have taken the usual tangential motion from the cowshed in order to get the Bournvita ready at the right time for the darling son. ‘… initial velocity, acceleration, and time…’ Malini Ma’am, can’t you make this a little less complicated?

We = you + ATM will demand more attention, James decides. He can make that equation an excuse for chatting up with Megha in the afternoon. ‘Hi Megha, what’s acceleration got to do with ATM?’ And then Megha will flip the kiss-curl from her plumb cheek with her sleek fingers and say, ‘Jerk, acceleration is a tough concept. Very creepy, you know.’ And then she’ll go peppy on the phone screen with her kiss-curl accelerating onto her chubby cheek as if there was a Newtonian force acting on it irresistibly.

One of the messages is from Anita. Must be quite sentimental. Anita’s sentiments accelerate like the KTM 390 Duke. James opens Anita’s message. It is a video. A girl opens her notebook and reads a poem she has written herself while her father is chilling out on the couch behind her with his mobile phone in hand. The poem is about a lonely girl’s wish to be a mobile phone.

I wish I were a mobile phone..

Nobody bothers about me.

But when the mobile rings

They all rush to pick it up…

Wow! James thinks it’s wonderful. Loneliness is so painful, Anita, I know. And he forwards the video to all his friends’ groups.

The Bournvita is over.

‘When we come to the distance travelled by a body, the final velocity is not in picture,’ Malini Ma’am is teaching.

A cow lows from the shed. Another one echoes that. The echo accelerates in the hollowness somewhere.