‘I myself have never been able to find out precisely what feminism is,” said Rebecca West, well-known British writer and thinker. She went on to say that people called her a feminist whenever she expressed “sentiments that differentiated (her) from a doormat or prostitute.”

The very concept called ‘feminism’ underwent much evolution from the time it made its presence felt in the 19th century. A leading feminist, Elaine Showalter, identifies three phases in that evolution. First, there is what she calls the “feminine” phase [1840-1880] during which women writers imitated the dominant tradition. The feminists of this time did not dare to stand up against the men but showed that they were no less than the domineering men as far as capabilities are concerned.

In the second phase which Showalter calls the “feminist” phase [1880-1920], the feminists asserted their rights and protested vehemently against oppressions by men. It was followed by the “female” phase [1920 onwards] which focused on a rediscovery of women as they are instead of as enemies of men or as social constructs or something of the sort.

A woman is as much an individual as a man. She has all the rights that the man has. She deserves every good thing that the man gets. Real feminism should be about those rights, dignity, equality, and so on and not about childish reactions to silly men on social media or elsewhere.

Recently some women artistes in Kerala took feminism to one of its primitive phases by posting their own semi-naked photos on social media as a mark of protest against some men (boys probably) who had apparently questioned one particular artiste’s baring of her legs. This was a rather silly and very girlish reaction. Of course, the reaction came from people who looked rather like girls than mature women. When it comes from boys and girls, there is fun in it and one need not take it too seriously. 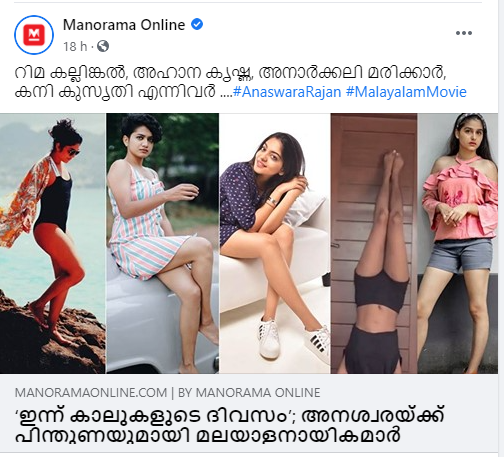 Coincidently at the same time I came across the following post on the Facebook timeline of a serious thinker and writer. 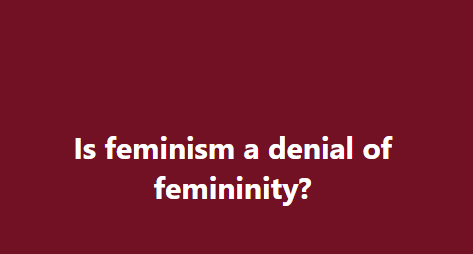 It attracted quite a few responses the most interesting of which came from a woman whom I once described as “the rage of a wildfire” after a very brief association with her on Facebook and no other connection. There is a fire in her soul which might not be “so poetic” as I described, she responded to my comment. In one of her responses to the above FB question she said candidly that she did wage a “war against patriarchy and rules for women” but added that the war is not feminism. She calls it “rebellion, women’s liberation, etc…”

What the above artistes did was just that: rebellion, and rather girlish too.

My FB feminist friend above makes it lucid enough in another part of her comment: “Feminism… is the proud embracing of femininity, and claiming its rightful place in the world, which is neither above nor below anyone or anything else.” A few pregnant lines down she says, “Looking through a wider, more holistic lens though, there exists femininity and masculinity in each of us regardless of our gender. Sometimes one is amplified and sometimes the other. This separation of womanly behaviour, feelings, etc or manly behaviour, feelings, etc, are constructs of what we have come to call the matrix… in order for the powers that be to enforce their agendas on us.”

There is fire in this feminist. But it is not the wild fire that burns one’s own clothes according to one’s own convenience [to show off beautiful legs, for example]. This is the fire of the real feminist – the real rebel a la Albert Camus. This fire is seasoned and tempered by storms and deluges over years. The young artistes may take a lesson from that. I rest my case.

PS. I have absolutely no issues with girls showing off their physical charms. I’m not questioning the baring indulged in by the girls in the above picture or anyone at all. I admire beauty including the feminine version of it. My concern is whether this new gen artistes will grow up from girlish rebellion into the mature rage of a wildfire.